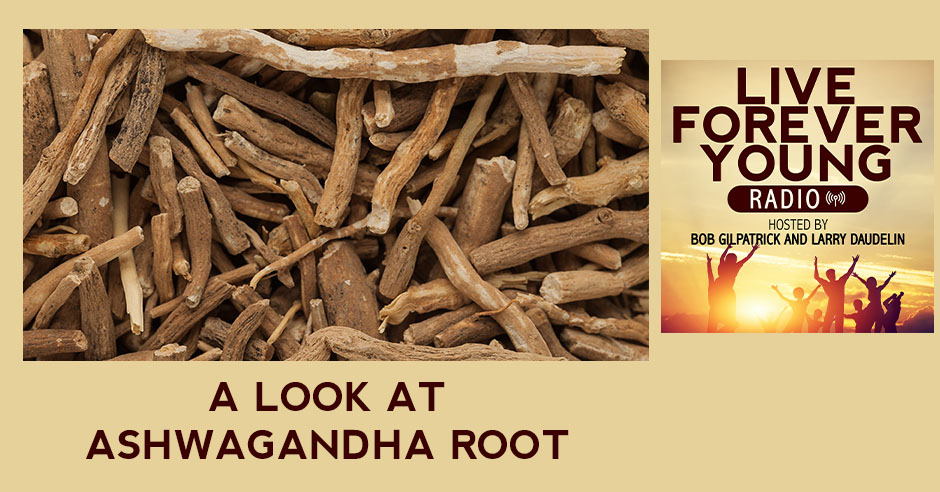 Ashwagandha is a unique plant that has been used in ancient medicine for over 5000 years. Today on our 3rd episode in our Exploring Herbalism Series, we will be taking an in-depth look at Ashwagandha Root, its history and role in Ayurvedic Medicine.

Bob Gilpatrick and Rollie Culp identify the plant that Ashwagandha Root comes from as well as what the word "Ashwagandha" really means when translated into English, and we're not horsing around. Learn how new technologies in herbalism are leading to the discovery of New breakthrough health Benefits that Ashwagandha has to offer. So sit back, relax and get ready to live forever young.

Listen to the podcast here:

A Look At Ashwagandha Root

Ashwagandha is a unique plant that has been used in ancient medicine for over 5,000 years. On our third episode in Exploring Herbalism Series, we will be taking an in-depth look at ashwagandha root, its history and its role in ayurvedic medicine.

Bob and Rollie identified the plant that ashwagandha root comes from as well as what the word ashwagandha means when translated into English. We're not horsing around. Learn how new technologies in herbalism are leading to the discovery of new breakthrough health benefits that ashwagandha has to offer. Sit back, relax and get ready to live forever young.

One of the things that we're doing on our third episode of Exploring Herbalism Series is we'll be looking at ashwagandha root. Ashwagandha root has been something that's been around for a long time. It's known as an adaptogen. It adapts to what your body needs.

It originally was a plant that grew in India and some people say years ago, they started using the root. It's like an evergreen shrub. It’s maybe 3 feet high. It gets these roots that are like fingers that spread out. There may be as big around as your finger and they taper off. They harvest the whole plant. They will go and dig around the base of the plant.

Once the soil is loosened up, they'll pull the plant out and the roots are there. They cut the rest of the plant off. You have to wash all the dirt off the roots before drying them out and powderize them. You can use it in pill form or as a powder that you're going to mix into a cup of tea, milk or honey.

We talked about it on another show called Are Fruits and Vegetables Less Nutritious Now? How important is dirt? A little dirt never hurt anybody. God made dirt and dirt don't hurt. We get all the dirt out of the stuff we get.

In this case, they want the dirt out because the active ingredient is in the root. They're not sure exactly how it will interact with probiotics, which tend to be in the dirt. They're like, “Let's get rid of all the bacteria.” They want that pure root. The plant was originated in India and they used it in the form of medicine called ayurvedic medicine.

The word ashwagandha means the smell of a horse. If you smell it when it's fresh, the root itself does smell like a horse, but it is also known for its properties of giving virility. Ashwagandha is unique in the fact that it can help you with strength and energy but, at the same time, calm you down. You have this calm sense of alertness and energy.

That's something you would need if you had to focus on a test. You wouldn't want to be wrapping your pencil on the thing. You'd want to be able to have that nice, calm, easy energy and focus so you can keep going on the test but not get distracted. Sometimes you take stuff that gives you energy and if it's got stimulants in it, you're like, “I don’t know what to focus on.”

There are lots of places in Northern Africa that grow ashwagandha. Even in other countries like the Middle East. There's a big farm in Southern Oregon that grows ashwagandha. 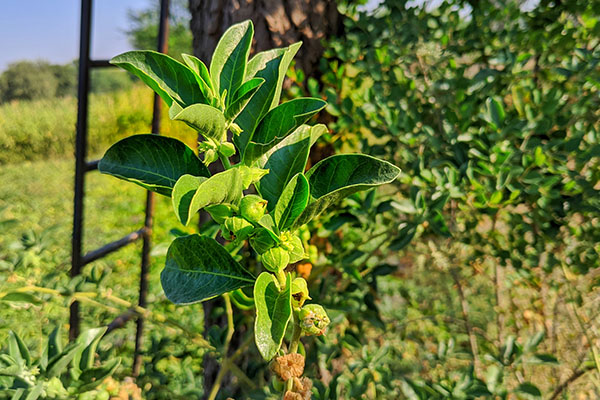 Ashwagandha Root: Ashwagandha plant is an ancient medicine that is also very good for helping people calm down before it's time to go to sleep.

One of the researchers that we found is that it used to be hard to grow, but we found ways to grow it in our area. It grows in sandy soil that drains well, where there's a lot of porousness to the soil so that the roots don't have a hard time spreading out. If the soil is too hard because you're harvesting the roots, create as much root as you would want for the yield.

When they harvest the plants, it has to be at a very specific time. Planting them has to be the right spacing apart, so the roots don't get intertwined and aborted. You also want to harvest it at exactly the right time before it starts to die off because when a plant starts to go dormant and die off, a lot of the nutrients from the roots will make their way up into the seeds.

You want to watch carefully when the plant starts to turn a little bit brown. In Oregon, the 1st of October until about the 15th of October is where you need to harvest. You want the plants evenly spaced so that you have enough roots to make a harvest.

When you wait too long, all the nutrients go towards the seeds in the plant. Some of the main nutrients in ashwagandha root are alkaloids and lactones. Technically Withania somnifera is the name of the plant. Those are the things known as withanolides. Withanolides are steroid-type substances. There are about 900 different types. Numerous ones are in ashwagandha. That's why when you have an herb like ashwagandha, you say, “How can it help with both energy, relaxation, adrenals and thyroid?” It's because there are numerous bioactive compounds in ashwagandha root.

That's why it's known as an adaptogen because it can morph into what your body needs. Those compounds are allowing it to do that, which is cool. You mentioned one of the weird ones that help both out, but one of its good benefits is adrenal and thyroid health.

It is a good thing because your adrenals and thyroid communicate with each other. You have the different negative feedback loops to signal when to secrete more of this and that. Ashwagandha tends to help to keep that imbalance. That is a big reason why it helps with the stress and anxiety relief that it's known for because it can help the communication between adrenal and thyroid.

It ultimately regulates your cortisol levels, which is very important not to have too high. Cortisol levels also need to be at a certain level during your sleep cycle and different levels when you're awake as well. Sometimes that can get reversed. Ashwagandha is an adaptogen. It can help balance your hormones, which is partly why it helps balance your emotions.

A lot of the stuff we read says it's very adept at doing that. A lot of it is probably related. There’s another cool thing. I didn’t know before we did the research, but it makes a lot of sense. It helps to rejuvenate your nervous system. Your nervous system has a lot that's tied to anxiety. When anxiety kicks off the nervous tick, if you have issues with that, that's something you could use. 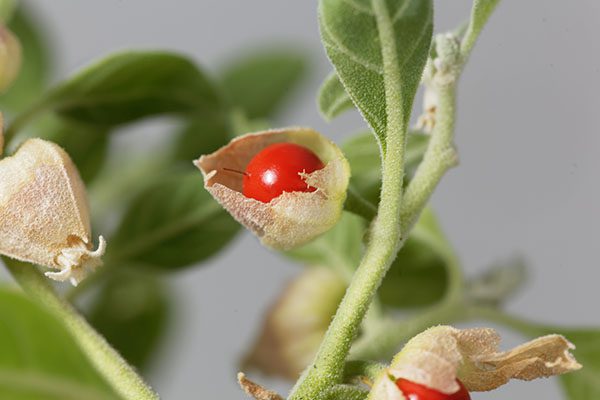 It is part of the reason why it also helps with your immune system. Your nervous system touches all the way into your gut. A lot of the feedback is being given, and therefore, the actions of your immune system are being passed along from information in the nervous system in your gut that is being acted upon by your microbiome. It's then connected to your vagus nerve, which goes all the way up into your brain.

We did a show called Breaking Down Digestion, where we go a little more into depth about how that works with creating the probiotics and metabolites in the gut, neurotransmitters and things like that.

In this case, a root like ashwagandha that tends to give new life to your nervous system will be beneficial to your immune system, emotional health, and digestion.

One of the things that ashwagandha is good at is helping reduce inflammation. We know that chronic inflammation leads to chronic disease. By helping to mitigate all this inflammation, you're not just avoiding disease but the whole idea of Boomer products slowing down the aging process. This is another tool that you have to arrest that process of aging.

It's also very good for helping people calm down before it's time to go to sleep. A lot of people will take ashwagandha 1 hour to 1.5 hours before bedtime and it creates this calming effect. If it helps you to sleep, there are all these other great benefits of getting a good night's sleep, such as detoxifying better. There are a lot of people that will take an ashwagandha pill before bedtime and utilize it with that. It goes well together with our good night formula, which then has melatonin and many other compounds in it.

We won't get too much into it, but it has many additional minerals that help you absorb those natural things and utilize them to sleep. We're exploring herbalism. We'll get into the good night formula and how it works in another show. Keep your eye on that one.

This is a very prominent herb in the world of herbalism. There are scientific studies about it. I see commercials all day long for ashwagandha gummies. We were able to figure out the bioactive ingredients in it, but 5,000 years ago, they knew that it helped. They still grow ashwagandha in the same regions of India where they grew years ago. You can grow your own if you have the right soil and climate.

One of the things about herbalism and what we were talking about in the other two shows is the technology that allows us to extract it from those roots of that Withania somnifera. With our product, we deliver it in 1 gram serving. You can get 1 gram of it every time you take two pills. It's 500 milligrams each, but that's that dosing that gives you the ability to say, “I take this much and I get this effect. I take a little more and it's a little better or maybe I should take a little less,” instead of trying to boil up some roots and figure out how much is in there, “Maybe this much or maybe that much.” The advent of new technology in herbalism itself has helped us to harness the power and unleash the potential. 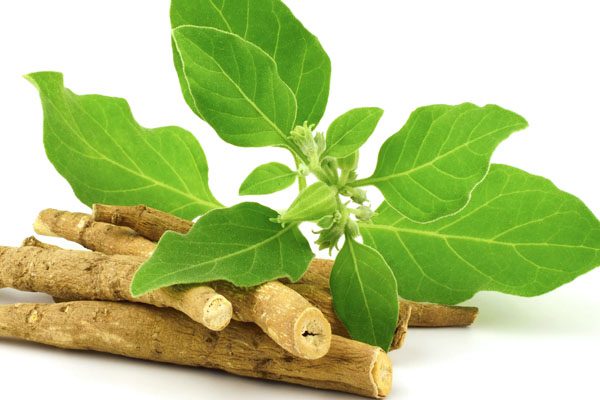 Ashwagandha Root: When a plant starts to go dormant and die off, a lot of the nutrients from the roots will make their way up into the seeds.

You can take an ashwagandha root, wash it off and chew on it, but it tastes very bitter. The other thing about technology is putting it into a pill form. It takes away the bitterness.

This is why we're exploring herbalism because there are so many different aspects and herbs. We're probably not going to cover everyone, but we're going to cover a lot of them, how they work, interact and help each other up the benefits when you make a stack of these types of herbs. It'll help with a lot of health benefits.

Besides that, I don't have much else on ashwagandha. Rollie, thanks again for joining us.

Thank you, everyone, for joining us on the show. We'll see you in the next episode.